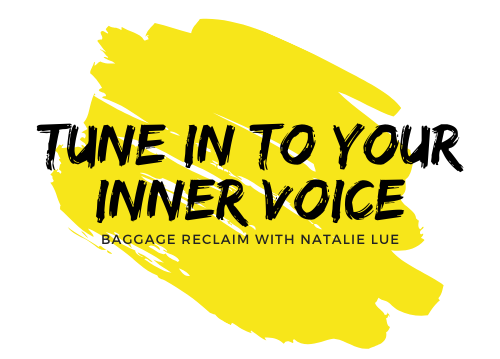 It’s very painful when you have someone in your life who knows exactly what to say to bring you down and clip your wings. As humans, we do thrive to some degree on our connections and companionship. While we do need to be self-reliant, we also need people inside our Circle of Trust who we can share our feelings and thoughts with. When we have people in our lives who rain on our parade, who always imagine the worst-case scenario, who sneak in put-downs, or who love bringing up old stuff, we start to feel as if we don’t want to be around them. And in some instances, we feel compelled to continue to be around them but then embark on a quest to win them over. The more we listen, the more we treat every word that comes out of their mouth as the gospel truth and as “fair and reasonable”, is the less we like ourselves. If we don’t establish boundaries by standing up for us, we gradually feel beaten down and fearful. Even if we have other people around us who treat us in a positive and respectful manner, our continuing to give these other people airtime drains our confidence and colours our interactions.

But what if we cannot get away from this person because we’re carrying them around with us 24/7?

It’s bad enough when you have an external person chipping in their negative two cents, but when it’s coming from inside of you, it can feel as if you’re under siege. You become confused about what is you and what this critical voice is. It becomes difficult to discern who has your best interests at heart. The more your confidence gets knocked by the criticism, the harder it is to hear the inner voice of your true self.

You may have been thinking that one day, this voice inside of you will just go away because you’ve struck gold and become The Perfect Person™ or have proved that you can do it all alone or that you’ve made up for so-called past ‘mistakes’ or ‘failures’, but guess what? The voice of what is commonly known as the Inner Critic will always be there. Every person on the planet has one — none of us is exempt.

The Inner Critic is like one of those people who doesn’t have a sense of how they come across. They’re not mindful of tone or language and basically struggle to have a filter. If you imagine that somebody went around collecting up every direct and inferred criticism you’ve ever heard or said, this is your inner critic. Depending on what flavour of critic you have — I’ll be sharing eight different roles that your critic can take up — yours might boss you around, remind you of the rules that aren’t actual rules that you “should” and “must” live by, or push and push you because nothing is ever enough. It might hold you back, shut down decisions, criticise and judge your efforts, or even pipe up mean-spirited stuff about the things and people you care about.

Do you know of someone who no matter what anyone does, no matter what the situation is, he/she can always find something to pick fault with or worry about? Yep, this is what the Inner Critic is like. There tends to be somebody like this in an office environment – they spend most of their time and energy imagining problems and nowhere near as much time coming up with solutions or talking about the positives. While this can be frustrating and exhausting at times, as is the case with the inner critic, you have to manage the relationship and be boundaried enough to retain a sense of your own identity and not let this person get carried away. You need to be able to decipher if anything is useful.

What you must understand straight away is that your inner critic has only one role— to be a critic— and over the years it has come up with all sorts of devices to make you pay attention and be compliant. It wants you to be obedient, so it speaks with authority by sounding similar to another authority in your life whether it’s in tone and volume or by repeating their messaging. Its voice might be an amalgamation of several critical voices (taking their messaging) or your interpretation of a role (e.g. what a parental role is), or several of them.

When your inner critic has a lot of sway with you, it’s because you’ve responded (thoughts, feelings, actions) as if it is an authority over you. It’s very possible that your inner critic is almost treated as if it is parenting you, and one of your tasks on this course will be to develop a more boundaried, respectful, adult-to-adult relationship with your critic. Parenting or in fact, any relationship you have, must not be a dictatorship or an assassination on your character, confidence and opportunities.

This critical voice inside of you pipes up and tries to guide and direct you, often being mistaken for the inner voice of your true self. It doesn’t like change and prefers to keep you compliant in your [uncomfortable] comfort zone. It questions decisions you might regret but also questions the good ones, which is a real pain in the bottom when you lack the self-knowledge and self-awareness to know what feels good and right for you. Sometimes your inner critic is having more pride for you than you are. It tends to be at its loudest when you are not acting in alignment with your values. Often, it projects other people’s stuff as well as distortions. It will hold you to ‘rules’ and values which is why it’s vital to get clear on yours so that it’s not holding you to outdated and irrelevant stuff.

You may have become so used to your inner critic’s presence that you are not fully paying attention to the negativity that you’re playing in the background of your life.

During this 30-day project, you will come to recognise that certain cues and triggers activate your inner critic. As you gain deeper awareness and knowledge of your habits of thinking, feeling, and behaviour, understanding the role that your inner critic plays in your life, particularly with regards to your feelings, is vital. You can get a greater sense of where and how you’re judging you as well as how to take command of you and quieten your inner critic so that you have the space (and self-esteem) left to be and enjoy you.

When your inner critic is more dominant than your inner voice, this is a sign that you’ve become adrift from your true self and no doubt your confidence has taken a big hit.

JOURNALING: In your resources section is a Feelings Diary Guide, and from today, I want you to use a notebook, journal or diary to note your feelings each day. Over the duration of this project, I will share prompts to help you to develop your journaling and also to help you to connect with the material. Noting your feelings is just one part of what you’re doing, but it’s also a critical part of your journey to calming your inner critic and tuning into your inner voice. You will get in touch with you, process and organise your feelings and thoughts, and compassionately explore your inner critic’s agenda and start responding to it. You will be able to tap into your subconscious and spend time with

TUNE IN TO YOUR INNER VOICE MAIN