Do You Have A Type?

Some people have types. Sometimes it’s appearance and sometimes it’s based on common interests which may be being mistaken for values. Hell, we often mistake what likeable personality traits such as ‘good sense of humour’. I don’t understand why people specifically request GSOH in their personal ads. We soon figure out whether someone has a sense of humour or not. We could do with being more alert about commitment and intimacy habits! Anyway, I digress…

If you have a type, you have a pattern and the likelihood is that you have a toxic type because it’s another way of doing the same thing and expecting different results. Basically if you have a type and you’ve struggled to find someone that reflects this out of the 7 billion people on the planet or you’ve had a series of relationships/experiences with this type that have proved to be unsuccessful, it’s because what your type is may not be compatible with your idea of a relationship and in fact, some of the things that you seek in others you’re either blinded by or they may be incompatible with other things that you also desire in your type.

You latch onto certain things, you make assumptions about what the presence of these things mean and likely assume that the person will be in possession of other desirable qualities, characteristics and values, and then you end up believing that someone is something that they’re not. You create a whole person in your mind and then you have to deconstruct instead of getting to know them and gradually building up a full picture of a person.

I’m guilty of this – tall, handsome, charming, shows some interest in me used to equal perfect for me.

With type, you seem to think you know what’s best for you even if it’s not actually best for you. In fact, I’ve seen people stick with type even if it leaves them miserable and/or alone.

If you have a type and it’s not working for you, you can immediately learn something that can give you some valuable insight and an area to address – you are stubborn. This means that in spite of compelling reasons to change course, you’re sticking with your course of action and thinking. You can then evaluate whether this dogged determination not to change is showing up in another facets of your life, such as being reluctant to opt out of a situation or assert yourself.

What you need to evaluate is what type of meaning are you attaching to the elements of your type?

Get a piece of paper and draw an outline of a figure and draw on the physical attributes. What colour hair, their size, how they dress etc. If you fancy making this a bit more creative, get a couple of magazines and cut out the parts you need, such as a smart outfit, dark hair etc. If you tend to go for someone who likes like someone famous, save yourself the drawing and put a picture of their face in instead. 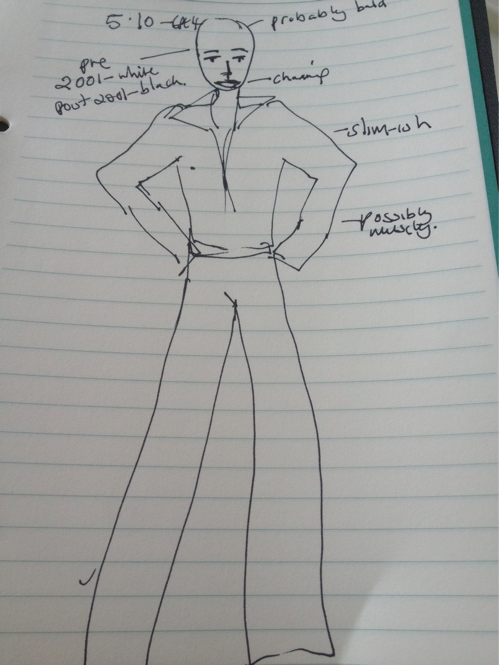 My type tended to be tall but no two boyfriends really looked alike so I was more about qualities, characteristics and interests

Tag any have to / critical items with their meaning. What does it mean about someone who is for instance tall? Also rate the importance out of 10, 10 being most important, 1 being the least. I added on my ratings – it explains why I was with tall, funny, charming….unavailable guys. 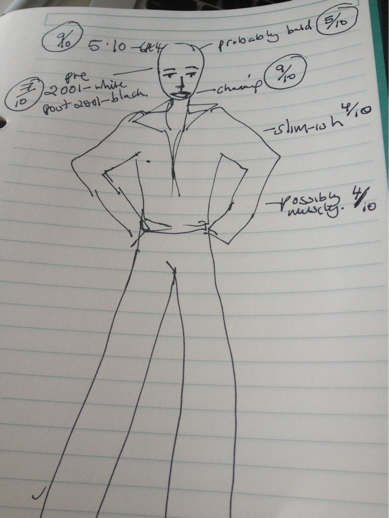 On a second sheet, make a list of what you’re looking for in a partner that hasn’t got anything to do with appearance. Try to stick with what you feel is very important and critical and then you can also do a sublist of like to have.

Here’s something I discovered when trying to figure out what drew me to my exes – there wasn’t much. I didn’t look for any particular values, what I tended to look for was:

Again, put down what you infer from someone being in possession of this quality, characteristic, or value? What do you think that they will be able to be or do? Also rate the importance again. Anything over a 7 and especially if it’s a 9 or 10 is likely to be a blind spot – this means that if you find someone who you think is these, you’ll likely feel very attached to them before you’ve really gotten to know them in full. As you can see from my example above, I, er, didn’t really seek out any values. At all. Nuff said.

The important thing to realise here is that we all have certain things that we like in others although it is critical to evaluate the importance or even the logic of these things. There is nothing wrong for instance with liking someone to be intelligent or even super-duper intelligent but it’s time to realise that there is a reason why you think that you have to be with someone like this (add this belief to your list of beliefs from activity three) and you may be giving it excessive weighting or assuming that someone is certain things because they’re in possession of this, for example, intelligence.