Working Out Your Values – Know Yourself Before You Wreck Yourself 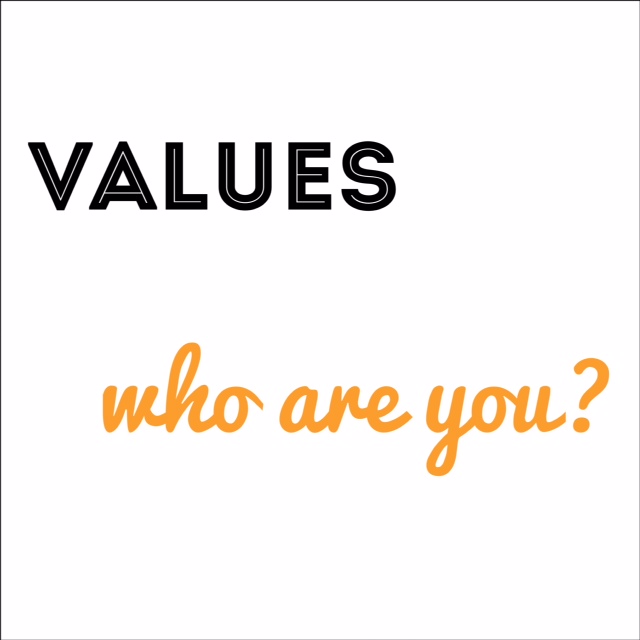 In this class: Help with understanding the problem and tackling the solution with critical skill values.

If you've ever found yourself locking horns with someone who you thought you had a lot in common with and/or were deeply attracted to them, you have experienced a conflict in values.

If you've been perplexed by why a relationship, romantic or otherwise isn't working or didn't work, in spite of what appear to be commonalities between you and even mutual love, care, trust, and respect, you've experienced a conflict in values.

When people say "We wanted different things", this is a conflict in values.

When someone is unable to empathise with your position, even if they don't agree with it, you've also got a conflict in values.

If you don't think it's OK to be or do something and the other person does, this is a conflict in values.

If you're struggling to or don't trust someone, it's because, even though you may not have identified where the conflict is, there is a conflict of core values

If someone doesn't trust you in spite of you genuinely not giving them a specific and justifiable reason based on action and experience, it's because even though you haven't 'done' anything 'wrong', there is a difference in core values. 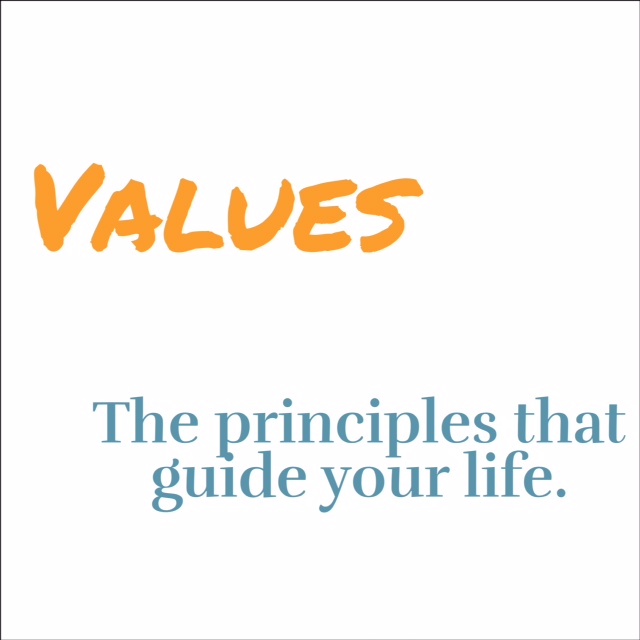 Values are about what you believe you fundamentally need in order to be happy and live your life authentically.

If you attempt to change your values to appease someone else, and what you're changing to runs contradictory to your own true values, you will be miserable. You will also likely take up a passenger role of trying to appease and win over others while having your own agenda of trying to change them at some point later down the line. You may also think that the reward for being willing to sack off your values is love, approval, and happiness forever more - it's not. The only people who appreciate you ditching your values are abusers who will reward you with further abuse. Most half decent people do not want the responsibility or even the guilt that comes with someone abandoning or compromising themselves, which is very different to healthy compromise, which is finding a solution you can both live with that respects each of your values.

A number of people I know in real life have married or are involved with people of different religions - they have found ways to live together because putting their different religions aside, they share other core values. They respect the differences and find ways in their lives to honour those values.

Conversely, I know many people who have religion or race as a core value and assume that someone who is of that religion or race will possess other similar values. A friend went out with a Muslim man and decided that he would be marriage minded and would possess other values - after almost ten years and him showing that he clearly didn't, she had to admit that she'd made a serious error in judgement based largely on assumptions.

Know your own values and live congruently with them. If you say that certain things are important to you then live a life that reflects this. If you say that you expect things in others, expect it from and be these yourself. Don't ask people to do and be what you're not even doing and being for yourself. People do pick up on the inconsistency and shady types will exploit it.

When we keep experiencing problems in spite of processing certain values and beliefs, it's because there is a disconnect between what we say we need and believe and our actions. This is especially the case if we say one thing, think along the same lines as it, and then have another belief undermining it, which in turn changes your course of action.

When you have a clear view of your own values, it's a lot easier to see other people's values clearly.

Personal values - These are very specific to you as a person and govern your thinking, behaviour, habits, and attitudes. When you describe your character, you're talking about your values. There may be things that you value even more than others.

Let me assure you, if there is a great deal of conflict on your personal values and someone else's, it won't matter which other values you share.

Values are what basically governs compatibility.

Political values - How you feel that, for example, a country should be run.

Relationship values - Your view of the type of relationship that you would be happy in and your wider views on relationships as a whole and can include how you parent, friendship, etc. although you could make these into separate values if you wanted to.

Economic values - How you feel about money, property, the economy etc.

Religious values - How important your own religion is to you and your wider views on religion, worship, how you feel that people should conduct themselves and how best to embody the values of your religion including having them work with the rest of your values and be spiritually available.

Social values - Often taught to us when we're quite young, these values govern your attitude on groups of people. It's your views on how you think others should be treated including justice, equality, fairness, etc.

Appearance values - If you prioritise appearance, you have strong beliefs around how you feel you and others should look, there may be ideological views surrounding beauty, and of course, what you constitute as being attractive to you. Note that this is one of those danger alert values - if this has high priority for you, you may be ignoring more important values that you hold, but more worryingly, when you have quite rigid ideas on appearance, you also tend to make assumptions about other values that people who look a certain way possess. It is also assumed that someone who doesn't look like your ideal doesn't share your values, or that even if they do share your values, they don't matter if they don't look a certain way, which is affected by your beliefs around attraction.

Hobbies and common interests values - Another danger alert value. This isn't because there's anything wrong with having things that interest you, develop you as a person, and give you pleasure, while also helping you to connect with people who share these common interests, but there is a huge issue surrounding the sheer weight we give to this value and the assumption that someone who does have shared interests shares other values (a very dangerous and misguided assumption) and also assuming that someone who doesn't share the same interests doesn't share core values, which is another dangerous assumption that rules out people you actually could have had a friendship or romantic relationship with.

Let's be clear - you're not looking to find your doppelganger although if you have been caught short by values and overuse the words 'must' and 'should' and have a type that's not working for you, you likely have been unwittingly looking for your doppelganger or the vision of the 'better you' - all the things you'd like for yourself in another person.

Core values (also known as primary values) are your fixed values that tend to stay in place for a long period of time and tend to endure when other aspects of your life change. They largely represent what is fundamental to your your well-being and ability to live life authentically and happily. To not live these values, would leave you unhappy.

Secondary values are variable and quite reflective of taste and where you're at a particular time, such as hobbies and common interests and appearance. They are nice to have and have their own value in a relationship, but have limited if any any value, if core common values are not present. They can be quite superficial and while they tell you a little about a person, they don't actually tell you very much, whereas core values say a lot about someone's character and direction.

If you have the secondary values in place but no core values, you'll have a largely superficial life and if you attempt relationships, you'll likely gravitate to people who lack substance, or who you have very surface, vague relationships.

Remember, your values are yours. It doesn't matter what others who have different values do - what matters is what you do with your values.

Your job over the duration of the Build Your Self-Esteem course, is to work out what your values are. Literally get a piece of paper and write them down. Ask yourself the questions above and also sanity check your values and ask yourself why something is important to you and what you think it will mean about you or what you think it will do for your life if you have this value and you meet someone else that does too. Are your ideas around a value realistic or very assumptive? Also make sure that you haven't got blatantly conflicting values - the amount of people who tell me that sex is super-important to them and they can't manage without having it every week even out of a relationship but then they're saying that they want commitment while ending up in lots of casual relationships is astounding.